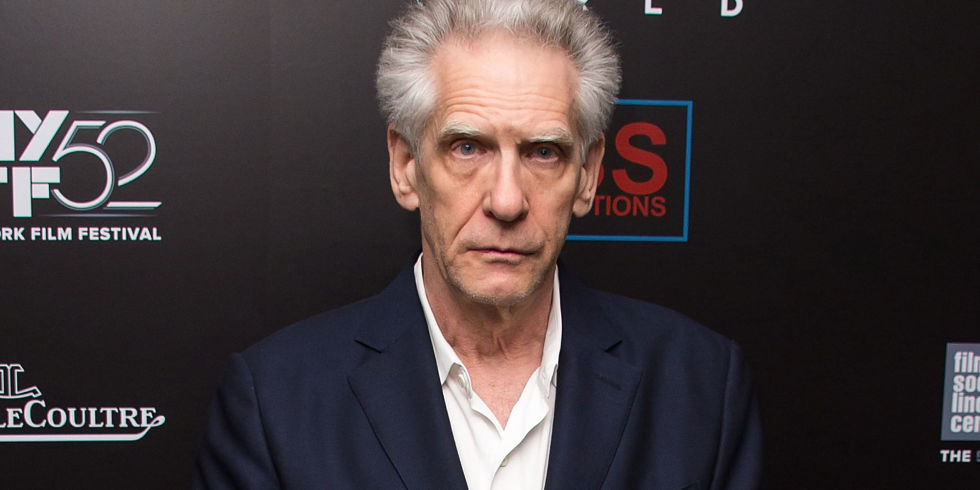 David Cronenberg may be turning to television, according to Variety. While speaking at the Venice Film Festival, Cronenberg let it slip he’s working on a “long-form personal TV project,” but kept mum on the details. He had thoughts on the blurred lines between film and television:

“Today TV screens are getting bigger and bigger and therefore the difference between theater and domestic viewing has become really flimsy. … The rule used to be that closeup shots were only done for TV, and not for movies. But today that’s no longer the case.”

“I have been a huge fan and always wanted to work with him and as I worked on the script, trying to get it right, Ram [Bergman] and I were wringing our hands over who could be the detective. Then, serendipitously, we heard Daniel might have a small window, and it worked out. He’s an actor of extraordinary range, and we are looking forward to the fun of finding that modern detective, and collaborating with Daniel on creating a new Poirot.”

Over at USA Today, John Cho gave up all the juicy gossip he knows on Star Trek 4, which turned out to be not much:

“I know very little about this. I’ve heard we’re going to do one. But beyond that, I don’t have details. I’d rather not know; I don’t want to lie. The boring answer is to wait for the powers that be to make a decision.”

“Quentin Tarantino went in to J.J. [Abrams]’s offices and pitched him an idea for a Star Trek movie. I know a little bit about what that is and it’s bananas… You shouldn’t worry that it is going to be full of obscenity and stuff. He wants an R-rating to really make those beats of consequence land. If it’s not PG, if someone gets sucked out into space, which we have all seen before, we might see them get disemboweled first… It allows some some breadth… gives him some leeway to do that. To me, that was always one of the things I loved about what DeForest Kelley did. He would actually capture the horror of space. That look in his eyes of sheer terror always struck me when I was a kid.”

My new mailing address is: Geralt C/O Vesemir Kaer Morhen Kaer Morhen Valley Hertch Kaedwen Please note, I'm rarely there. Monster slaying being what it is. So, replies will be few and far between, if at all. @Netflix #Witcher #GeraltOfRivia

Henry Cavill will play Geralt in #TheWitcher — an epic, eight-episode fantasy series based on the best-selling book series!! pic.twitter.com/fBv0Gpkif9

Pennywise hops aboard Paul Bunyan, hinting at a scene from the novel:

And a bloodied Jessica Chastain bids farewell to the set on her last day:

BoJack Horseman returns this month, and things look just as depressing as usual.

Finally, take a look at Yorgos Lanthimos’ The Favourite, which looks capable of much unpleasantness.