Star Tom Holland announced on Instagram that filming has wrapped and gave us our best look yet at his new costume:

Netflix and the BBC have tapped Sherlock creators, Steven Moffat and Mark Gatiss, to create a miniseries adaptation of Bram Stoker’s Dracula. Three 90-minute episodes have been ordered. Moffat and Gatiss told Variety:

“There have always been stories about great evil. What’s special about Dracula is that Bram Stoker gave evil its own hero.” Put down the martini (shaken, naturally) and pick up the salt shaker because this one sounds suspicious: British tabloid The Sun claims that producer Barbara Broccoli is “preparing to offer the role” of James Bond to Game of Thrones alum, Richard Madden, after Daniel Craig bows out of the role.

The official Instagram account for HBO’s Watchmen has posted its first picture, which is presumably a new masked vigilante:

Who Watches The Watchmen? #WatchmenHBO 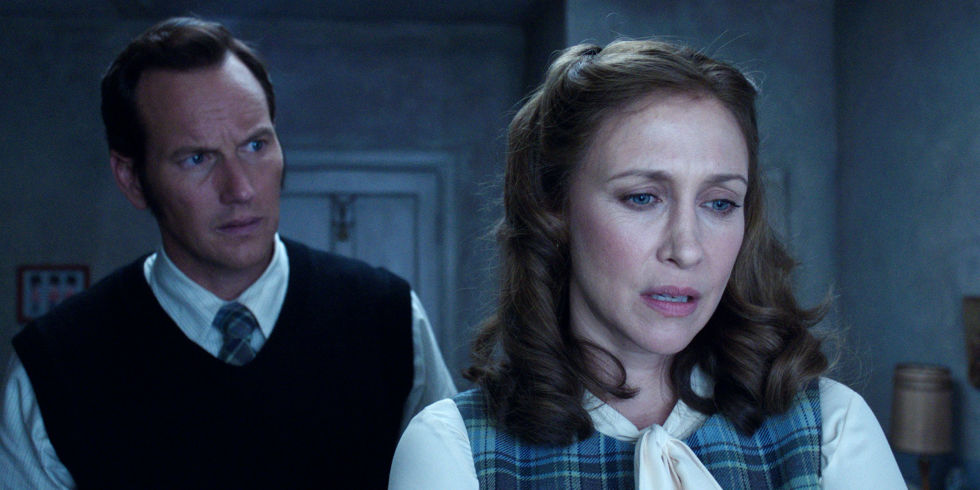 Patrick Wilson and Vera Farmiga will return as Ed and Lorraine Warren for the third entry of the Annabelle series.

“They want a movie with Dwayne Johnson. That’s what they want. So they just picked that title. They don’t give a shit about me and my movie. That movie wasn’t a success.”

Get spooked with The Possession of Hannah Grace:

Not exactly a trailer, but have a look at Slaughterhouse Rulez: