Get Out Brings Home Nebula Award

Jordan Peele’s Get Out can add yet another award to the shelf. Peele’s film took this year’s Ray Bradbury Award for Dramatic Presentation at the Nebula Awards last weekend, putting him alongside sci-fi creatives like James Cameron, Christopher Nolan, and Neil Gaiman. The Nebula Awards celebrate the best in genre fiction as curated by the science fiction and fantasy writers of America.

Variety reports that Jake Gyllenhaal is negotiating the role of Quentin Beck— alias Mysterio— for the upcoming Spider-Man: Homecoming sequel. While plot details are scarce, Mysterio’s a master of illusions, which should prove for some mind-bending imagery to rival Doctor Strange; Michael Keaton is set to return as Adrian Toomes, a.k.a. The Vulture. Tom Holland, Marissa Tomei, and Zendaya are all set to reprise their roles as well. 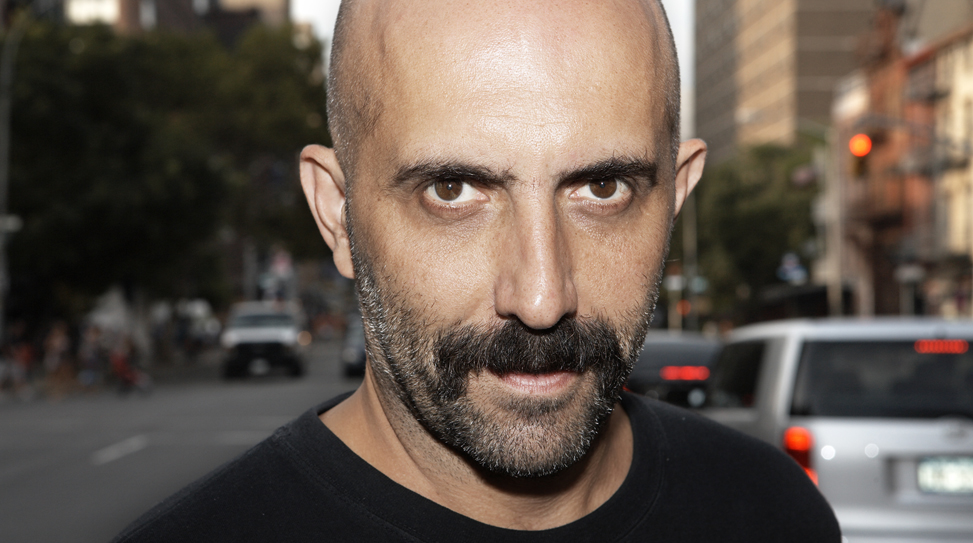 Speaking of superheroes, guess who walked out of Black Panther? Why it’s director of Cannes darling Climax, Gaspar Noé! In an interview with Variety, Noé scoffed when Marvel’s blockbuster came up:

“But you know which one I like? What’s the name of the Denis Villeneuve movie? Arrival. That one was good.”

At least he likes something?

While talking with Marie Claire, Westworld actress Shannon Woodward revealed that fans can be a little… enthusiastic when it comes to their theories:

“Last year, I had a lot of people telling me their theories, and trying to convince me that they were right. I tried to be kind to them about it because I was so glad that they were enjoying the show, but at some point it got to sound a lot like mansplaining. I was like, ‘You know I’ve read the scripts, right? I do know what happens and that’s not what happens.’ …Then I felt like they just thought my reading comprehension must be poor, and I really don’t like when that’s questioned.”

Woodward admitted some of the show’s biggest twists were a shock even to her, however, notably the secrets of Jeffrey Wright’s character, Bernard; Wright even had to lie to her to keep a lid on the reveal.

“It’s actually helpful that I don’t know anything beyond what the character knows. Elsie always thinks she’s right, and if I knew she was wrong, I would probably shy away from playing her as headstrong as she needs to be.”

Over at Splash Report, a source claims they’ve got the scoop on the long-awaited sequel to Ruben Fleischer’s 2009 hit. The original cast: Jesse Eisenberg, Woody Harrelson, Emma Stone, and Abigail Breslin will return to combat a new strain of “super zombies;” alongside a new set of survivors: Reno, TB, Cleveland and Madison.

“Reno is the Eve to Tallahassee’s Adam. She is everything he could ever dream of badass, skilled, strong. They’re a match made in heaven… if only she would take him. TB is Tallahassee’s spitting image. Essentially the same person. Similarly with Columbus and Cleveland. Madison is a ditzy blonde who Columbus hooks up with after Wichita freaks out from the lack of zombies and leaves (yeah, that happens really early on, it’s not a spoiler). The dynamic these new characters bring to the group make for some of the most entertaining scenes in the entire franchise.”

On his Instagram, Damon Lindelof posted a burning missive regarding his upcoming adaptation of classic comic, Watchmen, for HBO. In a lengthy letter, Lindelof laid clear his principles for the series:

“We have no desire to ‘adapt’ the twelve issues [Alan] Moore and [Dave] Gibbons created thirty years ago. Those issues are sacred ground and will not be retread nor recreated nor reproduced nor rebooted. They will however be remixed. Because the bass lines in those familiar tracks are just too good and we’d be fools not to sample them. Those original twelve issues are our Old Testament. When the New Testament came along it did not erase what came before it. Creation. The Garden of Eden. Abraham and Isaac. The Flood. It all happened. And so it will be with Watchmen. The Comedian died. Dan and Laurie fell in love. Ozymandias saved the world and Dr. Manhattan left it just after blowing Rorschach to pieces in the bitter cold of Antarctica.”

Lindelof went on to clarify that the series won’t be a sequel either, but it will build on the same themes and ideas as the original:

“This story will be set in the world its creators painstakingly built…but in the tradition of the work that inspired it, this new story must be original. It has to vibrate with the seismic unpredictability of its own tectonic plates. It must ask new questions and explore the world through a fresh lens. Most importantly, it must be contemporary. The Old Testament was specific to the Eighties of Reagan and Thatcher and Gorbachev. Ours needs to resonate with the frequency of Trump and May and Putin and the horse that he rides around on, shirtless. And speaking of Horsemen, The End of the World is off the table…which means the heroes and villains—as if the two are distinguishable—are playing for different stakes entirely.” Comedienne Rebel Wilson joins Sam Rockwell and Scarlett Johansson on Jojo Rabbit, the upcoming WWII satire from Thor: Ragnarok and What We Do in the Shadows‘ Taika Waititi. The script is about a boy who has difficulty with the rise of fascism before finding an imaginary friend— who may or may not be Hitler; production begins soon in Prague. According to Deadline, Wilson will play Fraulein Rahm, a camp counselor for Hitler Youth; Johansson plays the boys mother, who’s hiding a Jewish girl in the home; and Rockwell fills the role of a Nazi officer… Probably gonna be a weird one, to say the least.

Last, but not least— here is a trailer for City of Lies, wherein Johnny Depp and Forest Whitaker try to track down the killer of Biggie Smalls.