How Kumail Nanjiani is reshaping cultural perceptions to bring us closer together.

Since the plague of terrorism has spread throughout the world, the perception of Muslims has become increasingly corroded in the minds of Western culture; this distorted view has crept into their cinematic representation as well. As such a crucial extension of the cultural psyche, it has subtly warped the social consciousness, and allowed the actions of a few radicals to vilify the image of billions. Actors of Muslim and South Asian heritage have historically been relegated to portraying peripheral characters. Those roles have now been perverted to become increasingly antagonistic. Actors who usually play amiable supporting roles are now tasked with playing villainous terrorists.

The film industry has been pumping out war films that glorified battles against the Muslims, painting them as the enemies. This has resulted in the creation of a vicious circle of racial tension that continues to grow more hostile in today’s volatile climate. Enter Kumail Nanjiani, a Pakistani immigrant that scoured the underground stand up circuit before securing a star making turn on HBO’s critically acclaimed Silicon Valley. With his real life partner Emily V. Gordon, he uses the cinematic adaptation of their courtship in the widely praised The Big Sick— a film that revolutionizes the way Muslims are viewed in popular cinema, and attempts to bridge the divide between two races separated by deep seated misconceptions through the universal emotions of love and acceptance. 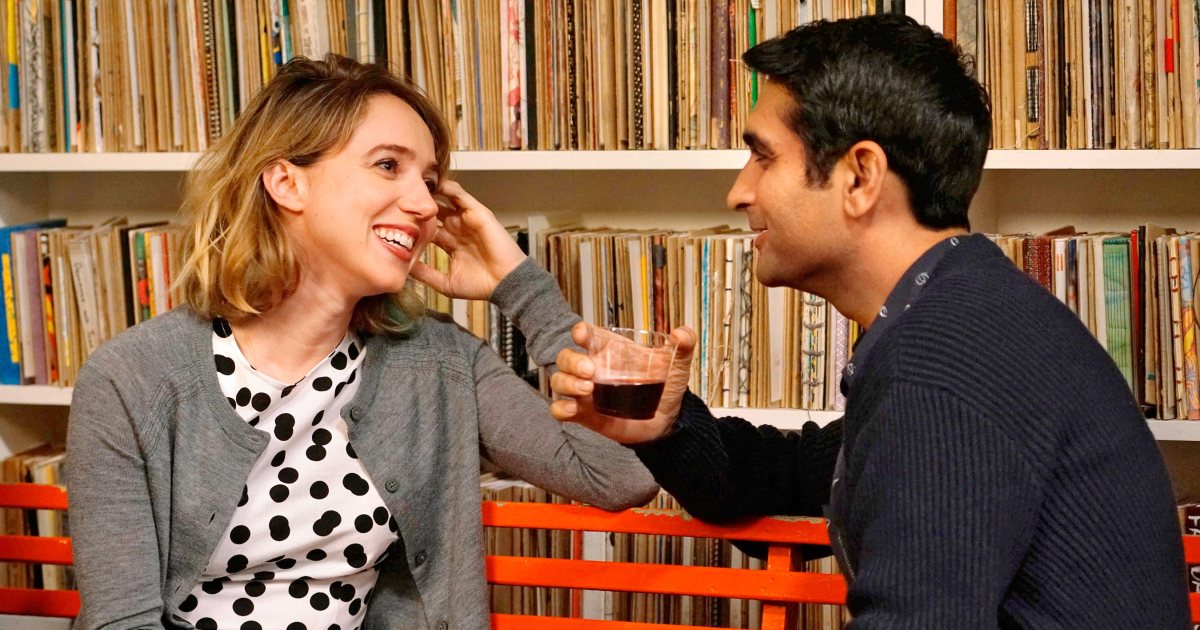 Nanjiani and Gordon carry out this arduous task by using laughter as the vessel for the change they wish to bring about. They use Emily’s parents as conduits that represent the racial misconceptions of Western society, which currently harbors against the Muslim population. When they first meet Kumail, shortly after their daughter is put into a medically induced coma, they subconsciously harbor the same acidic preconceptions that society has recently been soaked in. Emily’s mother in particular, played masterfully by Holly Hunter, is initially stern and disapproving of her daughter’s Pakistani boyfriend. Her father, played by Ray Romano, comically harbors many of the stereotypes that have latched onto Muslims. However, these preconceived notions are gradually expunged through Nanjiani’s uproarious humor. He uses jokes, such as the brutally hilarious scene where Emily’s father awkwardly asks for Kumail’s opinion on 9/11, to dispel the common stereotypes plaguing Muslims, and shows how ridiculous it is to cast those aspersions on an entire population.

As Emily fights for her life, Kumail and her parents quickly realize the inconsequential nature of personal prejudices, and understand that the only way to get through the situation is by trusting and accepting one another. The film deftly uses the strong emotional connection they forge through shared tragedy to show the disintegration of racial prejudices. The way Emily’s parents end up taking a great liking to Kumail eventually, suggests that anyone with preconceptions, large or small, can abandon them to accept one another for who they are inside. The scenes with Kumail’s interactions with his immigrant family are riotously funny to watch, but also offer an insightful look at the life of a typical Muslim family. Many people have come to perceive these families to be excessively strict and even radically religious, echoing the misleading sentiments that have been brewing in the social consciousness. However, Kumail’s interactions with his family eradicate these misconceptions. They aren’t excessively strict, and when they appear to be, it is only because they love one another so much and want only the best for each other. Religion isn’t an overbearing vehicle for radical indoctrination, but something that promotes peace and unity. Even though they may have different customs, they share the same basic tenant that binds every family regardless of race, which is love. These scenes work to humanize a group of people that have been covered behind a veil of misunderstanding.

The emotional climax of the film is the union of Kumail and Emily. It shows the cathartic shedding of racial misconceptions that is catalyzed by love. Throughout the film, Kumail and Emily’s blossoming romance is continually impeded by racial constrictions. These come in the form of Kumail’s parents repeatedly trying to get him to marry someone from his own ethnicity, and effectively ignore his true feelings. It also comes from the pushback he gets from Emily’s parents when he initially tries to help with her medical situation. While these moments are delivered with hilarious levity, they are the only ones where the audience views their story through a racial lens; therein lies the film’s genius. It subtly removes the lens of race to show a tender love story, and tactfully reinserts it when the characters themselves bring it up. This technique is purposefully jarring because, up until those moments, all the audience sees is two people falling in love. This shows that race, along with all the tension associated with it, truly is just a social construct that exists only when it is acknowledged. As the film concludes, Kumail and Emily confront the depth of their feelings and ultimately realize how much they love each other. They shed the lens that has been obscuring their feelings, and see each other for who they really are: soul mates. Their union shows that the strength of human connection can transcend racial boundaries.

The Big Sick shatters many cinematic paradigms— the chief among those is the portrayal of a Pakistani Muslim as the romantic lead who falls in love with a quintessential Midwestern girl. The fact that it is based on true events only heightens its social impact because it shows the successful union of two races, that are believed to be so far apart, is possible. The beauty of the film lies in the comical, yet poignant way in which it dismantles the shackles of race to show the humanity underneath. Kumail Nanjiani and Emily V. Gordon recognize that an ugly pane of glass is separating two groups of people and is distorting the image of Muslims as a whole. All Western society sees through this glass is the perverted shapes of potentially dangerous radicals.

Amidst the hateful bigotry plaguing society today, Nanjiani has frequently preached the principles of love and acceptance through The Big Sick, and a variety of other platforms with the hope of scrubbing those views away. Both he and Emily are trying to use the universal solvent of laughter, love, and inclusiveness to cleanse the ugly grit of racial misconceptions; as well as reveal a simple truth that seems to have been forgotten in these divisive times… “All you need is love.”