Following an 82 game season, a heart-racing first round, lackluster second, and a conference finals that end in two game sevens. We’ve ended up with some familiar face in the Finals, the fourth straight year the Golden State Warriors vs. the Cleveland Cavaliers.

There are a variety of narratives fans can follow throughout this series:

Will the Warriors dominate the Cavs on their way to a second straight title (three in four years)? 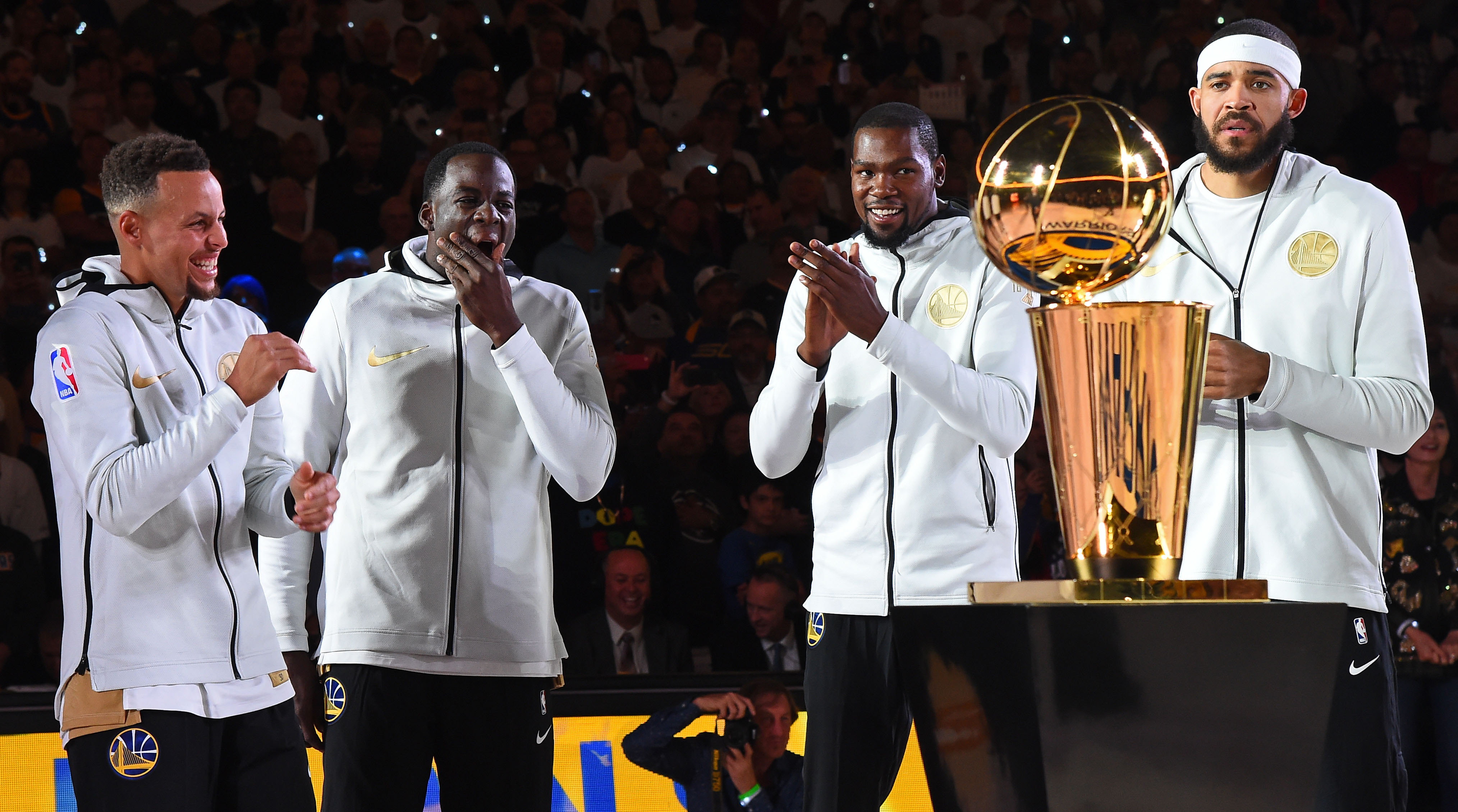 Last year the Warriors ran through the playoffs, sweeping every team until losing one game in the finals, but this year it has been a little different with a late-season injury and seeming chemistry issues that put the juggernaut into question. However, after weathering the storm that was the conference finals, the Warriors look like they’re primed to win another championship, but will this be as easy for them as everyone is making it seem? While watching games six and seven, the Warriors looked like the world-beaters everyone has grown accustomed to seeing.

The biggest question for the Warriors going into game one tonight is: What team we will see throughout the game? Will we have a Warriors team that will blow through Cleveland? Or will it be a team that at times seems to take a backseat and defer to Durant’s greatness?

Is Lebron the greatest of all time?

Lebron’s greatness has been cemented with his eighth straight Finals appearance, ninth overall, and throughout these playoffs, he has continuously resurrected a subpar Cavaliers team. Even though Lebron is considered the best player on planet Earth (currently playing), every year he has been painted as an underdog. A roll reserved for teams and people who are facing extreme odds where Cleveland once was considered an afterthought with an aging roster, and midseason trades shifted the trajectory of the team. This current Cavs team is one that the Warriors haven’t faced this season, but playoff turmoil and certain Cavs players disappearing in the playoffs, it’s not looking good for Lebron and Co. With that being said, is there a chance of the Cavs stealing a game on the road? A feat they had to accomplish not once, but twice in their run of three straight wins, after being down 3-1, to come back and win Cleveland’s first title in 2016.  If Lebron can take this team of new faces passed the titans of the West, this may be what Lebron needs to put him over the top in the debate of who is the  G.O.A.T.

"Season 4 of Cavs vs. Warriors was recorded in front of a live studio audience." pic.twitter.com/xQJOdJAHSl