The Silent Brilliance of ‘The Americans’

Saying Goodbye to one of television's greatest shows

Television shows experienced a glorious renaissance in the early 2000s, spearheaded by classics, such as The Sopranos and The Wire. These shows definitively proved that television had the artistic merit to stand alongside Hollywood epics. This renaissance ushered in a Golden Age of Television that saw the emergence of now classic shows, such as Breaking Bad and Mad Men, that are widely regarded as some of the greatest pieces of cinematic art. With the advent of streaming platforms, there are new shows being constantly produced and tailored for binge-worthy consumption. These shows are specifically tailored for the new generation of TV viewers that crave the instantaneous gratification provided by streaming. However, amidst the popular shows that dominate the conversation, one of the few remaining members of television’s golden renaissance is getting ready to end its criminally under appreciated run.

FX’s The Americans, a politically charged saga of a family of soviet spies masquerading as working class Americans, wrapped up its sixth and final season last week. However, what should be a momentous sendoff is largely going unnoticed. This is an artistic travesty because The Americans deserves the same respect as shows, like Breaking Bad did, as it bows out. The Americans differs from modern day shows because it doesn’t rely on adrenaline soaked thrills or action to advance its story. Instead, it focuses on a marriage between  people, and delicately explores the ebb and flow of emotions that takes place between them. It tackles the strain imposed by the impossible situations associated with being soviet spies on the relationships of its main characters. Much of its tension is derived from subtlety, rather than bombastic action. While there are certainly high-stakes thrills to be found, they act as a supplement, rather than a driving force and never take precedence over the heart of the story. This approach, while a critically acclaimed staple of other shows of its kind, lacks the pull necessary to draw in the mass viewership of the streaming generation. As one of televisions greatest shows resigns, it is important to acknowledge its greatness because it is unclear if networks will produce shows of this ilk in today’s age.

FX took an ambitious gamble on a sprawling tale of a married couple of soviet sleeper agents living in Washington D.C. during the Cold War. The Americans is a show purposefully designed to focus on the subtleties of human emotion and interaction. It uses its tense setting as a vessel in which to examine provocative themes. It is a challenging viewership experience that rewards the attentive and inquisitive. Arguably the show’s trademark feature, apart from its setting, is its focus on the complexities associated with the marriage of its central characters: Phillip and Elizabeth Jennings who are played masterfully by Keri Russell and Matthew Rhys.

At first, their arrangement is simply platonic, and as the seasons pass, their emotional connection is given profound depth. This depth isn’t delivered through heavy handed exposition, but through scenes depicting seemingly mundane every day tasks associated with a family. It is through these interactions that the ever changing emotional landscape of the show constantly changes, and it is fascinating to behold. Throughout the seasons, as the story beats relentlessly, it puts the couple through unthinkable situations, and audiences witness the fluctuations of this bond as it is stretched to its limits by the commitment to their soviet heritage (and to themselves). It deftly shows the volatile dichotomy between their familial and patriotic bonds throughout the show’s six seasons. What the show lacks is the constant high stakes action sequences and thrills that define shows dominating today’s conversation.

The approach favoring artistically simmering tension in lieu of visceral action isn’t as engrossing for audiences as a show, such as The Walking Dead, which uses massive set piece sequences to ensnare the audience’s carnal senses. The Americans is much more nuanced and subtle in its delivery of thrills. However, this approach fails to compel the majority of audiences to repeatedly tune in to see what happens next. Those who try to watch inevitably give up after a few episodes without receiving a carnal satisfaction. There are many episodes in The Americans that are slow moving and feature dense exposition without any action. The word “boring” or “slow” becomes attached to the show by a new breed of viewers that do not appreciate it for its qualities, and that begins ruining its reputation through word of mouth; stunting its viewership.

However, this is deliberate pacing. The writers use these episodes to light a slow burning fuse that quietly simmers before reaching its explosive culmination. It wants the audience to soak in every detail to make every sequence of violence or action resonate deeply. When the action hits, it hits hard. The fallout from an event is much more important than the event itself. This is still a show with many thrilling sequences, but the stakes feel higher and more personal because they are laced with genuine emotional attachment. Coupled with the peerless 1970s-1980s set design and mesmerizing performances from the cast, it is one of the most immersive experiences portrayed in any medium. Unfortunately, many audiences don’t care for the delayed gratification it offers. As a result, the viewership of the show has been steadily declining. This is a travesty because a show as artistically potent as this should be seen by as many viewers as possible, but it just exists in an age that is quickly forgetting how to appreciate it. 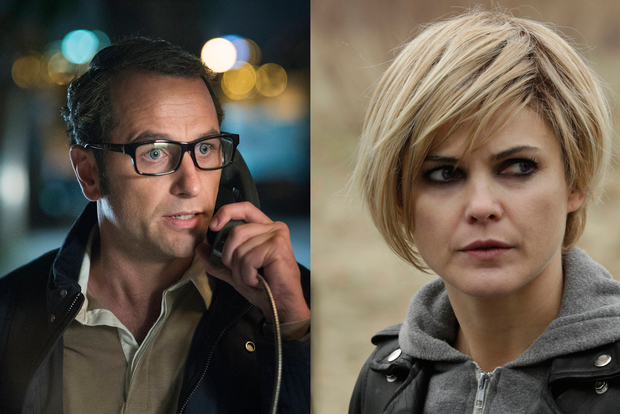 The Americans has always received rapturous critical acclaim. Yet, the commercial performance of the show was nowhere near as glowing as the critical one. This is because the show failed to consistently garner a mass following, and there were even whispers of cancellation throughout the years. Thankfully, FX decided to allow the creators to complete their vision for the story, which was an act of artistic triumph in an industry that too often values commercial viability.

The show’s poor commercial performance raises the question of the viability of similarly artistic properties that eschew commercial appeal for artistic potency. The reality of today’s model of entertainment consumption is that audiences tend to value shows that provide instant gratification to stay engaged. A show that explores weighty concepts in a beautifully nuanced manner was once celebrated by all, but now fails to provide the engagement to keep many viewers interested. Some shows require the methodical pacing and slow burn nature to accurately express their vision, and would lose the qualities that make them special by adapting to the commercial model.

Sadly in today’s industry, the commercial takes precedence over the artistic element, and other networks in the future may not be as generous as FX should a show fail to generate the requisite viewership. So, it is important to savor and salute one of the great series in television history as it bows out on its own terms.